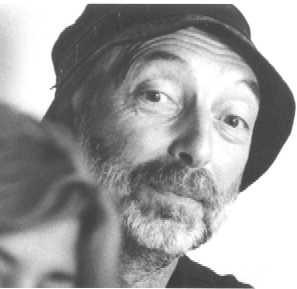 Graduated in Cinema and Television Directing at NATFA “Krastyo Sarafov”. Member of the SBUF.
Director of “Boyana” Symphony Orchestra, Chairman of the Union of Bulgarian Film Makers since 2004

Filmography:
Director of:
– feature films “Paragraph 5” (TV); “Under letter D”; “The Miracle”; “Black and white”; “Walks with the angel”; “Theater, my love”; “Everything from Zero”; “Fate as a Rat”
– documentaries “Portrait experience”; “Children of Sofia”; “Search for the spring”; “With Our Friends”
– Producer of “Everything From Zero”; “Fate as a Rat”; “Little conversations” (gaming); “Slavka Deneva”; “Boris Denev”; “Your Dated Apostle” (documentary) “Mythology”;
“Tik-tac” (animated)
Winner of prestigious awards from international film festivals. 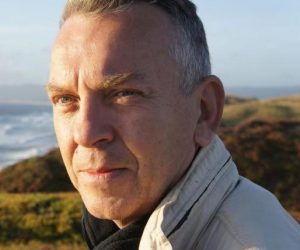 Studied Film and TV Operations at the Faculty of Dramatic Arts, Belgrade
He worked in TV Belgrade, today RTS. He has recorded over 3,000 reports, documentaries, entertainment and music programs. As a ZASTAVA FILM operator, he documented the events of Yugoslav disintegration – the wars in Slovenia, Croatia and Bosnia.
Works for BBC, CBS, SKY News, ARTE TV, Reuters TV agency.
He filmed for CNN International, reflecting events in Southeast Europe, the war in Kosovo, and NATO bombing.
In 2011 he became president of the Serbian Association of
operators, and since 2015 a member of the Board of IMAGO (European Federation of Operations Associations)
http://www.imdb.com/name/nm0051430/
http://en.wikipedia.org/wiki/Predrag_Bambi%C4%87

Graduated “Cinema and TV Cinematography” at the National Theater Academy “Krastyo Sarafov”. Member of the Bulgarian Film Library. He works in Bulgarian Cinematography as a cinematographer and filmed dozens of documentary, science-fiction films and novels with some of the best directors of Bulgarian cinema.
He is among the professionals, whether the beginning of the privately-watched private TV channels as the chief and responsible operator of NTV, BTV and is part of the team
of the creators who organized the structure of BBC TV.
Awards:
He was awarded the 2nd Cyril and Methodius Order.
Distinction of the Film Operators’ Union for Best Cinematography (1987); Award for cinematography at the Plovdiv Festival and Diploma in Leipzig for “Judgment” (1987); Prize for cinematography at the Plovdiv Festival for the films “Melnik, the City of Records” and “The Primer” (1986).
Over thirty cinemas of which he is an actor, he receives awards from film festivals in Bulgaria and Europe. In 2016. the film “Aggression” was awarded the Film Academy Award for Best Film.

She has graduated from the “Krastyo Sarafov” National Film Academy – Bachelor of Film Studies and Master in Film and Television Art. In 2017 he earned a post-doctoral degree at the Institute for the Study of Arts at the Bulgarian Academy of Sciences.
Writer and assistant director in the show “BNT PRESENT” (2012). From 2011 worked at the Student Screen Production Center of BNT, and since 2014 he has been an editor in the specialized film magazine “Cinema”, an edition of the Union of Bulgarian Film and Television. Writer of short feature and documentary films. He works on the organization of numerous film programs as a coach. In 2016. was nominated for a prize of the Bulgarian Academy of Film in the category ”
a good operative critic.
As part of the project for the promotion of Bulgarian cinema “Blok Cinema” was nominated for the “Woman of the Year 2016” award in the “Culture” section of “Gracia” magazine. Prizes from the literary contests “Veselin Hanchev” (2010) and “Art against Drugs” (2011). Award for best young film critic writing for Bulgarian cinema under the name of Kamen Todorov (2017).