For the third time, the operator Rali Ralchev is the winner of “The Golden Eye” statuette for his work in the film “Don’t argue with the bathroom staff” for the extremely precise and adequate visual solutions, which was presented by the mayor of the municipality of Popovo – Dr. Lyudmil Veselinov.
The award for overall creativity was given to cameraman Hristo Kovachev for his many years of work in the field of cinema and television media.

The jury awarded the first prize of Popovo Municipality for cinematography to the cameraman Vojciech Todorov for his film “Life”. The special award went to the documentary film “Fate as Jazz” by the cameraman Dimitar Mitov. The award for cinematographic debut went to Galina Vasileva for the daring compositions and bold decisions in her film “To the Last Caprice”. A special award for television documentaries was given to two operators – Boris Pintev and Dobromir Ivanov. The co-organizer of the Municipality of Popovo – the Union of Bulgarian Filmmakers, gave its award to the cameraman Kiril Prodanov for the feature film “Darkness”. The award of the production company “MAGIC SHOP” was for the student film “I made it for you” by cameraman Stoyan Varadinov.

Before the climax of the evening, all cameramen, directors, jury, guests and donors walked the “red carpet”, welcomed by the presenters – actress Elena Petrova and Niki Kanchev.

The famous people who walked the carpet were the actors Ivaylo Zahariev and Stefan Denolyubov, the journalist Bilyana Gavazova, the Technical Director of the “Ludogorets” football club – Kozmin Motsi, as well as the host of the award ceremony – Natalie Trifonova.

The star-studded evening became even more festive with the musical performances of Kristina Ivanova and Big Band – Ruse. 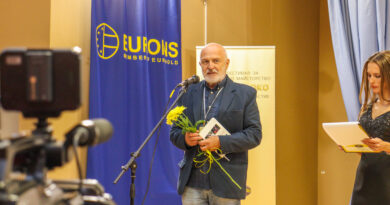 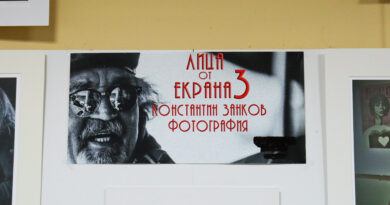 The application for “The Golden Eye” 2022 is active!